US businesses and banks brace for PPP pandemic aid backlash

Trump admin to release info including names and addresses of businesses that got $150,000 or more in taxpayer funds.

The United States public will soon get a first full look at which businesses received $515bn of taxpayer funds when the government, after initial resistance by President Donald Trump’s administration, releases borrower data for one of its highest-profile pandemic aid efforts.

The colossal data set for the Paycheck Protection Program to be released by the Treasury Department and Small Business Administration in the coming days will provide transparency for a first-come-first-served programme that from the outset was plagued by technology, paperwork and fairness issues.

That could make life uncomfortable for borrowers that broke the spirit or letter of the rules, and for banks that shovelled the money out of the door. The aim of the $660bn programme was to help cash-strapped companies keep workers employed and pay rent.

“There’s a level of anxiety,” said Suzie Saxman, a partner at Chicago-based law firm Seyfarth Shaw. “I’ve said to everybody: prepare to be disclosed, prepare to be audited.”

The opportunities for waste, mismanagement, abuse and corruption are enormous, and we just can’t know unless we have the information.

The Treasury and the Small Business Administration (SBA) said they will release a swath of information, including the names, addresses, loan amount ranges and jobs supported for businesses that received $150,000 or more. That should account for roughly 75 percent of the dollars granted, but only 15 percent of the 4.7 million loans.

The agencies have not said when they will release the data.

Treasury Secretary Steven Mnuchin initially refused to release the data, saying it included proprietary business information. But under pressure from legislators, he agreed to shine a light on large borrowers.

“The opportunities for waste, mismanagement, abuse and corruption are enormous, and we just can’t know unless we have the information,” said Lisa Gilbert, executive vice president at the Washington, DC-based government watchdog group Public Citizen.

Launched in April, the programme allows small businesses hurt by the pandemic to apply for a forgivable government-backed loan from a bank, the largest-ever of its kind.

In the scramble to distribute funds, the programme was beset by technology glitches, documentation snags and revelations that some banks prioritised their most profitable clients. As a result, more affluent companies got funds, while less well-heeled borrowers missed out.

Those revelations left lingering questions on whether the most needy benefitted.

To date, the SBA has released broad distribution figures for states, industries and the largest lenders. But the new data will paint a much more detailed demographic picture of which local communities and sub-sectors received support and whether it helped save jobs. 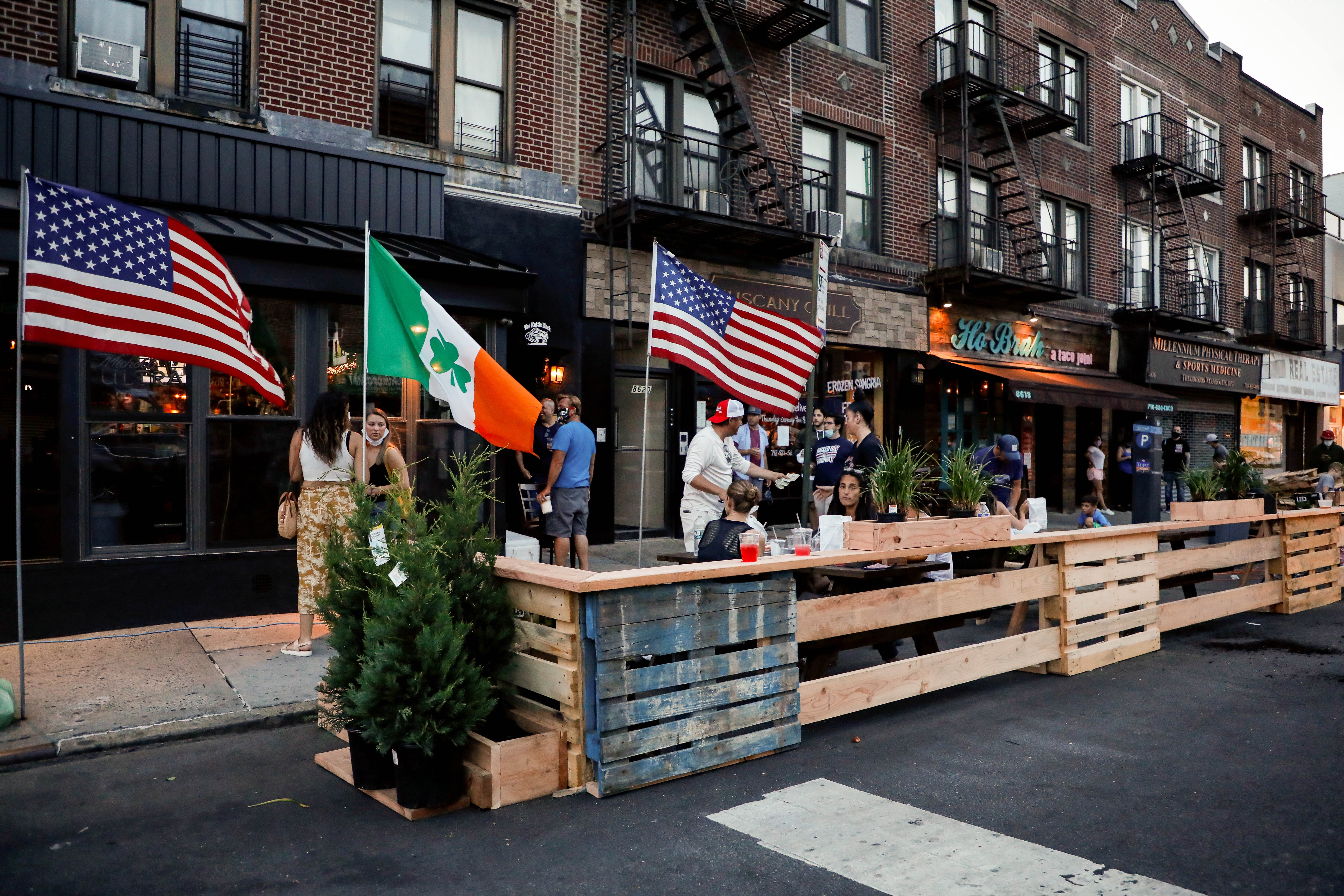 Launched in April, the Paycheck Protection Program allowed small businesses hurt by the pandemic to apply for a forgivable government-backed loan from a bank [FIle: Brendan McDermid/Reuters]

While that is important data for economists and policy wonks, businesses and banks are preparing for more backlash.

“The industry understands the need for transparency around this programme but believes SBA, Treasury and Congress should treat the release of this information carefully,” said Richard Hunt, president of the Consumer Bankers Association.

On Monday, the National Federation of Independent Business asked Mnuchin to halt the data release.

Beyond the risk of negative headlines or regulatory scrutiny, businesses worry that securing aid could scare off clients and vendors, or that companies working from their home address could be exposed, said Seyfarth Shaw’s Saxman.

For others, the data will be insufficient.

Maxine Waters, Democratic chair of the House Financial Services Committee, this week said the data would provide “minimal disclosure” since, while covering the majority by value, it would not include most of the loans issued. She called for the full data set, adding: “We must ensure the administration’s transparent and responsible stewardship of taxpayer dollars.”